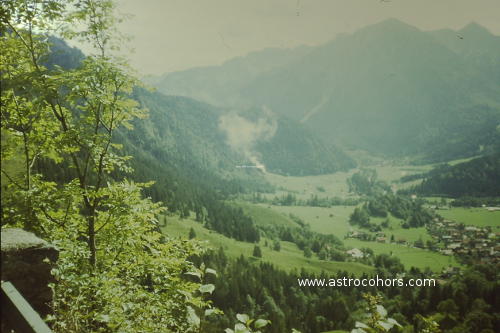 Lewis Caroll: “The Hunting of the Snark”

Somewhere in deep space, far from the Earth, was a planet. No ordinary planet, one might add, ACELS had been claimed and occupied by the strangest creatures that  our galaxy had ever seen. Beings who were older than all the life that we knew. They called themselves the Chroniclers of the Universe, but they were far more than innocent bystanders. They had been watching the dance of the stars when most of the inhabited worlds were not even cooled down. 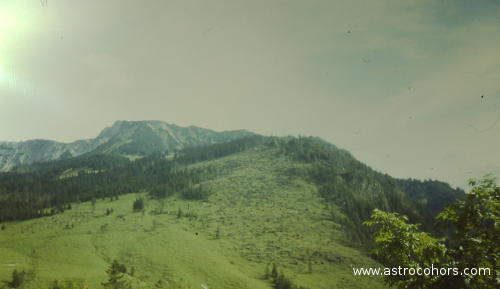 From the chaos of the Big Bang, the various galaxies, including our own developed. And this is an image of our home galaxy. Do not be too proud, Earthling, that your home system Sol is at the center of the coordinate system. There is a map from NASA, and of course it’s from their own perspective. In the galactic standard maps the center of the galaxy is the starting point of the coordinate system, but this is just a minor fact. I do not want to overwhelm you. If you look out the map exactly you may notice that your little world is orbiting a yellow star, which lies in a completely uninteresting part of the Milky Way.

Eons ago, the “crystal masters” appeared. With a starship they arrived, to the time when life just began in the galaxy. They were the oldest form of life in the universe and they saw themselves as a sort of “guardian of the galaxy.” They settled on the planet ACELS in the star system ACELS and henceforth observed the evolution of our galaxy. And oh man, there was a lot to watch.

First civilizations arose on different planets of the Scutum-Centaurus Arm, which finally developed first interplanetary, then interstellar space travel. At the beginning of the Galactic Era, these cultures began to spread ever further. Technologically inferior species were oppressed, a development that the Masters of ACELS watched with even greater concern. As the Gigatron drive then was developed and still farther regions of the galaxy came within reach, those in power were always ruthless. They conquered foreign solar systems and waged war to the new territories. Constantly the galactic map had to be redrawn in the past thousand years.

The last major turning point in the galactic map happened in the year 2979, when the last Galactic war had ended. The winners and the vanquished met on the planet ACELS to negotiate agreements that would affect the future of all civilizations. As the masters of ACELS were trusted to be neutral, they were instructed to include all claims, territorial claims and other little things in a big consideration and redraw the face of the galaxy again – once and for all. The counsel met for 16 days before they presented their results: a new galactic map and the manifesto of an alliance that included all free peoples of the galaxy, called the “Galacticon”. Captial  of the “Galacticon” was considered be the plante NUSCROCANT, a small dirt ball with atmosphere that they had simply bought from the people who lived there once.

The beings of ACELS had ensured that protection zones are established. In the past, several times inferior planets were colonized, the population had nothing to oppose to the superior technology of the colonial masters. This should stop. It was only allowed to fly through the zone, but not to interfere in the affairs of worlds that lay there.

The plan of Acelsians was great in scale, but the ink under the contracts had not yet dried, as new conflicts erupted. Civilizations who had fought side by side in the war, got into a dispute over territories or the fear to have no access to certain raw materials, notably the “essence”. The Galakticon that was supposed to be a haven of peace and cooperation, yet it has been misused to discharge the conflicts openly. Thus, new alliances and enmities were formed among the peoples of the galaxy.

The worlds in the area that originally was called “Erobgard”, founded the “Union of the Planets”  [dark blue] with the aim only  to be surrounded by friendly neighbors and to help each other, should an ally under attack. The “Vespusian Star Alliance” from the region Vespu Nautic [white] entered through separate contracts in an alliance with the most worlds the Planetary Union, what they called the “Alliance of Pacnor” and hoped, not only to build a strong opposition against the region of Vespu Sanoza [light green], but also against the Udessar [dark red]. On the other hand, the Udessar allied with the Nol-Ens, a people from Assumur [light red].

In the midst of all there are the desert there are worlds of Tuarber [yellow], which seem indeed to be barren and poor in water, but you will find there the rarest raw materials, what made their rulers very rich.

The Afar [dark green] region, however, once consisted of worlds whose peoples developed only simple techniques. As some ruler of Erobgard found out that these worlds would be simple to exploit, they started large fleets of colonial ships. The inhabitants of the planets had nothing to oppose the superior and well-equipped troops. This period of history, which led directly into the first Galactic War, is not a badge of honor, and led to the decision to set up protection zones for others not so far developed worlds.

And we must mention the region of Horas Ventur [light blue], where there are jungle and desert worlds, which seem so hostile that they were used a long time as a penalty planet, but finally developed their own culture. Again, the natives were oppressed by colonialists.

Oh, and I almost forgot one area: the center of the galaxy! The core isn’t claimed directly by anyone and is actually protected by the treaty of Galakticon. In addition, it is very difficult to get into the core because it is surrounded by a barrier, the “Galactic Bow”. Repeatedly research vessels tried to enter the core and explore it, but they had big difficulties. Because wild legends have sprung up around the region, talks from a vast wealth of raw materials or that somewhere in this are the magical “source of matter” can be found, that the source of all being and all life. But that’s a fairy tale that parents tell their children bevore they sleep when the parents want them to become raw material prospectors when they are grown up.

All other areas that do not belong to official regions are considered as protected areas. It would make this map very complicared to show that different zones, so you need to know only one thing: Sol and the Earth are in the emerald sector, which is administered from the planet Emeraldia.

The Earth was considered a candidate to evolve beyond the simple culture. At this stage of development is a civilization is especially vulnerable. It is not yet strong enough to secure progress on the path of development. It requires only a small disturbance and it falls back into barbaric times. Therefore, the Beings of ACELS saw with great concern the beginning of an dangerous development. In the year 3013  a nameless Empire, led by an ominous Emperor began to start influencing the rulers of the galaxy. The Empire poisoned the mind of several rulers on the part of PACNOR Alliance. This poison seemed to empty the mind and awoke a great greed. And greed is a sinister power. It whispers that you could fill the emptiness of the soul with material things and power. At the same time it ensures a constant fear that you could lose these things again, or that you do not have enough of it. The poisoned being saw others with suspicion and feared, they would want to take away what belongs to him.

In this way, the Imperator poisoned then the souls of prostate Rogan Reónald of the Vespusian Star Alliance and those of Queen Thagret Matha or the Pryderian Dominance, a member of the Planetary Union. They began to bring a dark coldness to other worlds. Their actions had terrible consequences for their two civilizations and the alliances which they belonged to.

The Queen was hated by their own people, but a merciful madness, the result of their empty soul, finally clouded her mind in the last years of her life, so that she no longer realized what was going on. But it was already too late: Thagret had already passed the poison to her children.

Thus, after the darkness crept over the galaxy, the Emperor himself became active. This was unusual, because so far he had left the dirty work to others. His goal was obviously the emerald sector, more specifically, Earth. So the People of Acels decided to execute a plan, the most unusual plan that they had ever made and had been prepared long before, which included to have a few people from the planet Earth to show the way to the stars. And so things took their course.

Although all beings of ACELS were aware of this whole story because they had seen it, there were those among them who also had a special status. They were those who were the real Crystal Lords. They were so old that you do not always understand their words and their decisions, but they were respected by their people. Most of that First Ones lived in seclusion. Eons they had spent in the company of other beings, now they needed to rest in order to think clearly. In their hermitages they continued to try to understand the course of events and to capture things that went beyond the mind of a mortal being. One of the first ones had the strange name Yodel. He lived on the edge of a forest outside the village and he had his own way, to call for the others when he had something to say: He lit a big fire, which was very heavy smoking. So the others knew that he had something to tell them.

On this special day of the Galactic year 3019 it was time again. Smoke rose on the forest. And a group of Acelsian went in to hear what Yodel had to say .

The master was very small, but he had a great mind. He looked vulnerable, but he was not. He awaited his visitors at the root of a big tree near his house. When they reached him, they stopped talking. No one spoke, and no one asked a question. They knew that if the master had called them, he would inform them on his own, whatever he had to say. And so he did. He looked at the man who lead the group here, and then he spoke with a raspy voice:

“There’s been an awakening. Have you felt it? The dark side… and the light.”

One thought on “Hello world!”