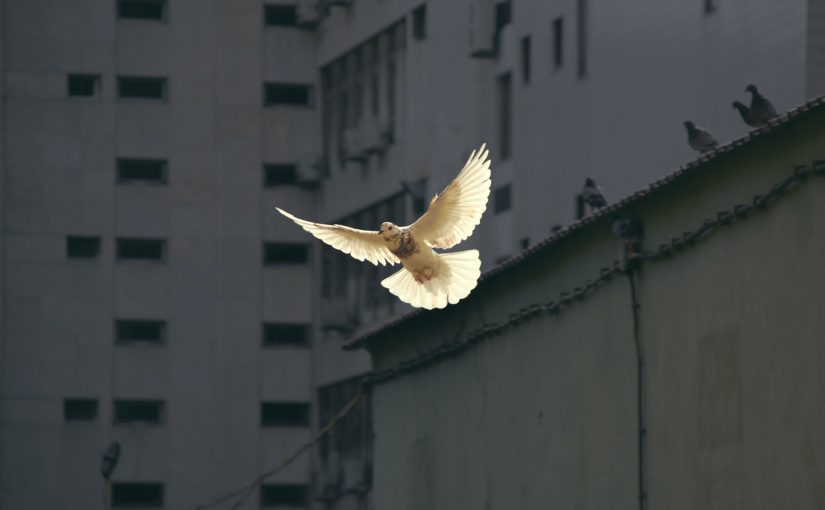 But the people who inhabited the small, blue-green planet cared about it. At least most of them. Admiral McCloud stood in front of the image of the earth in his office. He liked it. It was a picture taken by NASA to show the beauty of the planet. In the dark hours he stood in front of the picture and looked at it. Because in the dark hours he felt how he didn’t care. The whole lousy filthy planet. And all of damn humanity. Do you want dictatorships? Then erect it and leave me alone! Do you want to destroy the environment out of greed? You don’t care about the climate crisis because climate protection stands in the way of your profit? Then please, go to hell with your fucking planet! Yes, McCloud just wanted to give up in those dark hours. Doesn’t make sense anymore. Doesn’t do anything.

Then he looked at the picture of the small, blue-green planet and thought of all the people who stood up for others. Who oppose the criminals, the gullies, the corrupt and the depraved. Just at the moment when McCloud was standing in front of this picture, children and young people around the world were protesting for better environmental protection. There were people who stood up against dictatorships, even if it meant being arrested, beaten or even killed. If others did that and had little chance of anything changing in the near future, why should he give up?

Yes, that day an era came to an end. The end had been particularly dark again, for the earth and for other planets. But with the death of the night, the day came. And maybe the new sunrise would light the way to a better future. The chances weren’t bad, at least better than in recent years. And McCloud remembered that Seneca saying: Per aspera ad astra. Through trouble to the stars. Didn’t Yefimov say the phrase in a conversation today? Yes, and he got it from his new colleague, Kaluwa Effiong. What a fitting sentence.