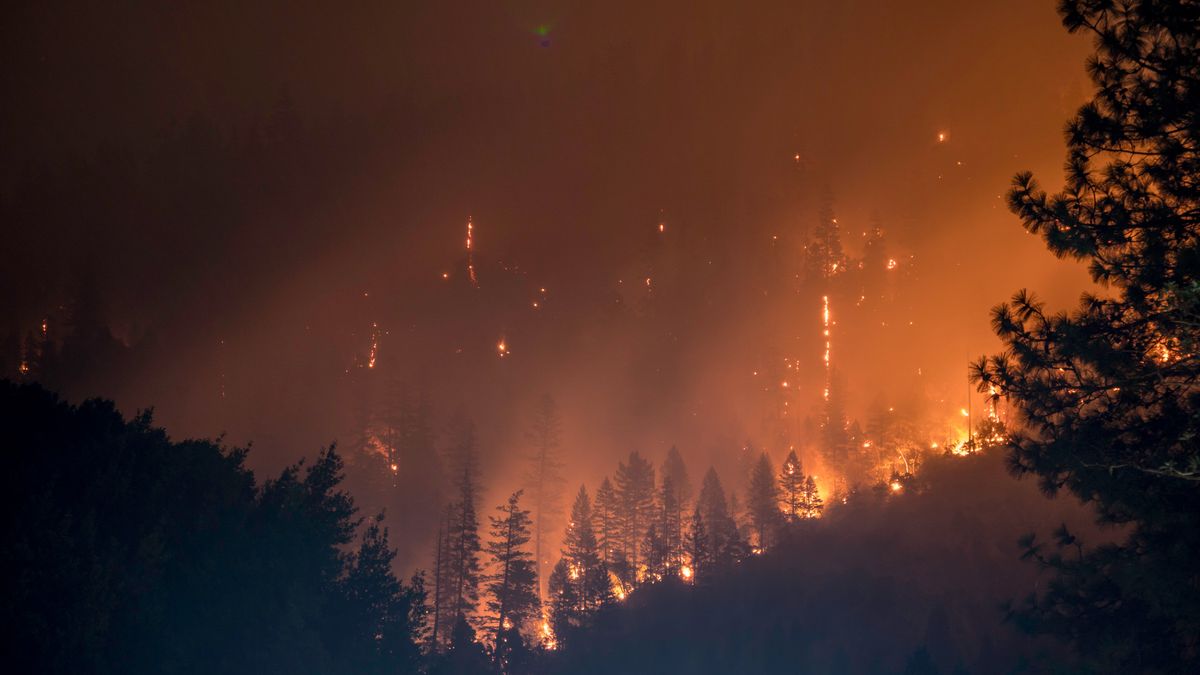 The 2020 California wildfire season is a series of ongoing wildfires that are burning across the state of California. As of September 11, 2020, a total of 7,718 fires have burned 3,175,523 acres (1,285,089 ha), more than 3% of the state’s roughly 100 million acres of land, making 2020 the largest wildfire season recorded in California history, according to the California Department of Forestry and Fire Protection. However, from a historical perspective, it has been estimated that prior to 1850, about 4.5 million (17,000 km³) acres burned yearly, in fires that lasted for months. The peak of the wildfire season usually occurs between July and November when hot, dry winds are most frequent. The wildfire season typically does not end until the first significant rainstorm of autumn arrives, which is usually around mid October in Northern California, and roughly between the end of October to early November in Southern California. Climate change has increased the risk of wildfires in California significantly.

On August 19, 2020, California Governor Gavin Newsom reported that the state was battling 367 known fires, many sparked by intense thunderstorms on August 16–17 caused by moisture from the remnants of Tropical Storm Fausto. Response and evacuations were complicated by a historic heatwave and the ongoing COVID-19 pandemic. The Governor declared a state of emergency on August 18. In early September 2020, a combination of a record-breaking heat wave, and Diablo and Santa Ana winds sparked more fires and explosively grew active fires, with the August Complex surpassing the Mendocino Complex to become California’s largest recorded wildfire. The North Complex increased in size as the winds fanned it westward, threatening the city of Oroville, and triggering mass evacuations.