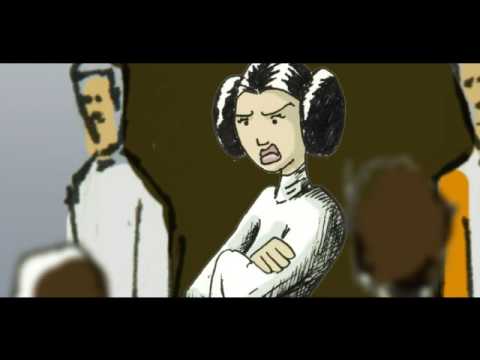 – Excerpt from the “Galactic Annals” at the beginning of 3049, translated by the automatic language decoder software of GARGANTUA Supercomputer:

The beginning is a very delicate matter. You need to know the galaxy’s the year 3049. The planet Union is governed by Junker Andwa D’Ajema.
The most important matter in the known universe is the “essence”. The “essence” appears in all sorts of forms, as a gas, liquid, but the most common form of differently colored crystals.
If you use the “essence” wisely, it generates energy. Force. Movement. But if used negative it leads to suppression. To combat. To war. Humans against other creatures. Humans against humans, nations against nations, planets against planets.
From the sad experience of two great galactic wars and countless confrontations before, between and after the Council of Galakticon decided to set up protection zones in the galaxy for the planet whose level of development is so far back that they are not yet capable to participate in the life of the other civilized galaxy. And a directive of the Galakticon forbids others to intrude into the matters of these people.
This was not always observed in the past. But there were reasons for that.
One of these protected areas is called “Emerald sector”. In it is a very primitive planet.
Its name is “earth”. From this primitive world a reputation in the expanses of the universe has been issued recently. The call for a meeting at a secret location. And I know why.
The world is changing. I can feel it in the water. I can feel it in the earth. I can smell it in the air.


There’s been an awakening. Can you feel it? The dark side … and the light…

On ASTROCOHORS IV we try to make a chronology of great adventures and texts, stories and reports. Videos are one side – texts are the other. Just you see. We’re up and running.